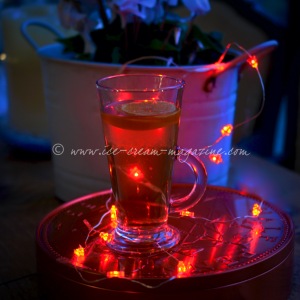 ‘Tiz the plight after Christmas.

Woman walks through torrential rain and goes into little, local supermarket. She has the good sense to remove her bifocal, photochromic whatever-the-weather specs before they steam up.  A few shiggly wiggly moves, mostly under her tarpaulin, to courteously remove some of the rain water.

Returning peak 2 (the gutter peak) one felt ‘en pointe’ to proceed.  Bags on trolly hook, during the distanced, traffic light start (not unlike a slow motion, grand prix) with no let up with said torrential rain.  Several trollies in front there was a back of knee/shunt, a prang, nothing serious, as everyone had indeed steamed up. The multi trolly, jolly pile up swiftly resolved.

Echoes of a jobs worth balling “Please keep your distance” as observant as it was helpful to a batch of over 80’s  who had just creaked in from the community coach.  Whilst the rest of us remained kindly and polite.  One lady squeaked “Oh shut up Allan” which was appreciated by our newly formed conclave.

Eventually I made it to the fruit aisle. As self appointed Wassail Meister, not an unreasonable quest. Apples, oranges, fresh ginger, (stuff and things) warming and various.

I caught sight in an end of aisle mirror, jauntily positioned and lit to highlight the wonderment of the shiny citrus fruits. A double take at said vision. The grim reaper sporting her rather nifty cat eye specs also wears a silk mask? Well who knew!  Internal gasp.  So aghast, I idiotically, and swiftly, looked right (apples) to confirm and yes it was me! 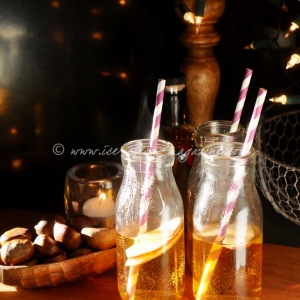 I just burst out laughing, the mask stifled somewhat but not enough.  With that I looked up, to the mirror above to further reinforce. The gutter peak on the hood at a perfect angle.

Swoosh, (not unlike the ice bucket challenge) over the glasses, straight into both eyes. Water, mascara, tears I was useless, and completely corpsed. Buffoon! 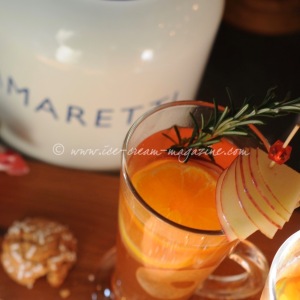 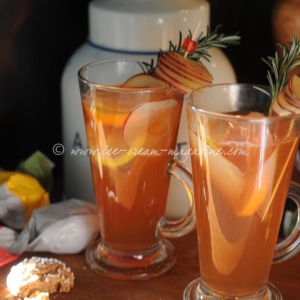 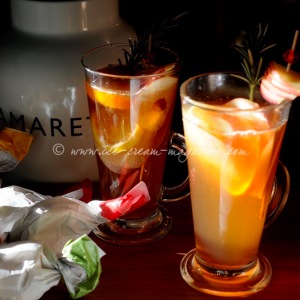 Bambi blinks and panda eyes. Sporting my Grimbo at Crimbo vibe.  A member of staff came over to me with the kindest of tones but at a distance.  “Are you alright Madam”?  I turned.

“Oh my gawd!” she gasped. “It’s you‘?  Without a thought, since I couldn’t speak for stiffled laugher. I nodded, showering her too. The whole debacle now made far worse. She also now laughing like a drain. I grasped my trolly for support whilst trying to gain some trace of decorum?  Nope none of it. There must have 20-30 people roaring their socks off at and with us, fortunately all well apart!

It brought cheer to an otherwise ‘grim’ day.

Like so many, I too have recently lost loved ones and the most recent would have adored the farcical situation.  My abiding thought of her being when an awning fell and engulfed her at a rather swish garden party, I crawled underneath with two glasses of champagne and we awaited our rescue in fits of giggles. 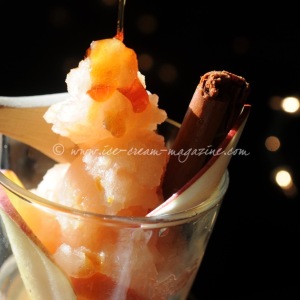 After a twinkly, frosty Christmas another lockdown and now torrents of rain. The Wassail up scaled into a sorbet. There’s no need to use an ice cream machine as theres enough hooch and sugar in it to stave a solid set. Should your version set, bash in a poly bag with a rolling pin or similar, this will resolve and then return it to the freezer.

With or without booze its a snugly, winter warming drink which it transpires can be converted into a delish sorbet. Mostly cider based around here. I found my preference to be apple juice, cranberry, orange and calvados which worked err.. rather well. Particularly when topped or swirled with a spiced syrup of juniper, cinnamon, star anise, fresh ginger, a clove, and a few peppercorns. Yum. 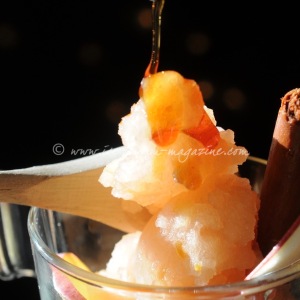 Why Wassail? With the decorations now down.  Wassail derives from the Anglo-Saxon to waes-hael a toast to twelfth night and means good health, and / or Old Norse “ves heill”, meaning “be healthy”.

Sharing a wassail cup was to drown and deplete feuds that shed animosity in small communities. A toast, a salutation, a get together to punctuate the end of the festivities for the house-to-house version.

The fruitful orchard harvest, however far more dramatic, with hard core Mummers doing their thing to rid bad, and encourage, good spirits and a fruitful harvest. Whilst Medieval in essence, I kept the principal in mind, and made this for you (yes, yes and the Tea Boy). 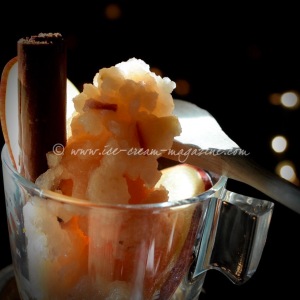 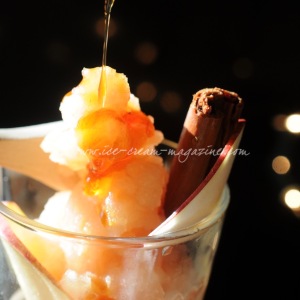 Love and joy come to you,
And to you your wassail too;
And God bless you and send you
a Happy New Year

Which seems thoroughly appropriate for this year.

Sincerest thanks for the pleasure of your company,  I wish you all a very safe, happy and healthy 2021.