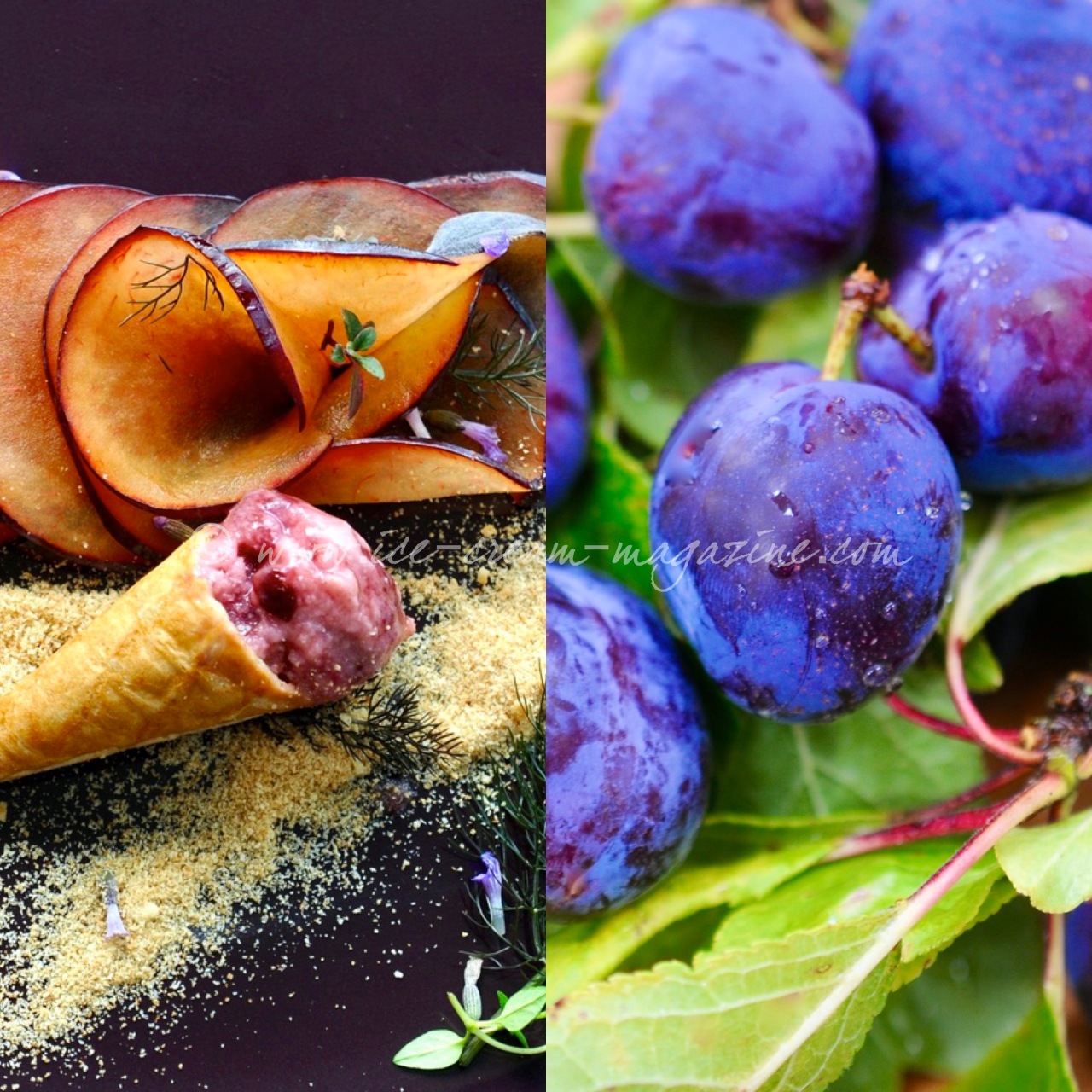 Oh poor old Prunella, try as she might she’s currently being battered by the storm du jour. That the wasps that are half cut on the grassy, fermenting plum ‘jus’ surrounding her gnarly old roots adding further insult. 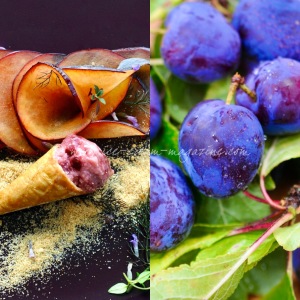 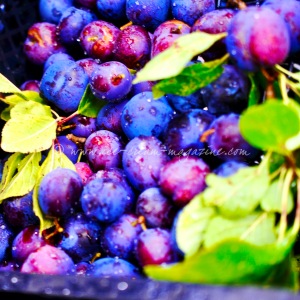 She’s a stoic and will rest up through the winter and come back more boofy than ever even though she’s  lost the branch that the woodpecker family have used to fledge from for the last decade. 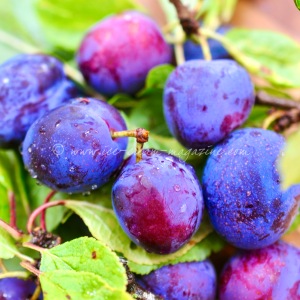 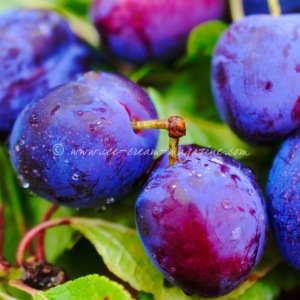 Speaking of gnarly the Tea Boy couldn’t get close to her on the mower for the (ahem) nutrient filled goo. I won’t bore you with the finer details of his war with sci-fi tentacled brambles that wrapped his around his leg and chariot mower/ throttle. So serious that he needed a emergency glass of red (or two)to get him over the ordeal. There was swash buckling hell to pay for the bramble after that. T’was a sight to behold. 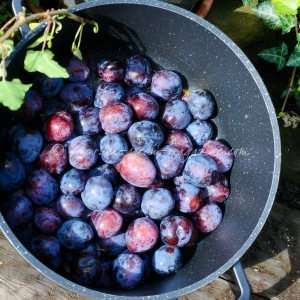 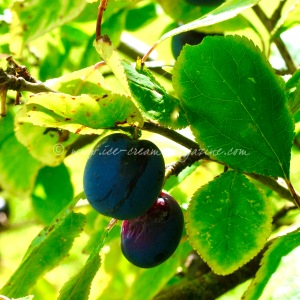 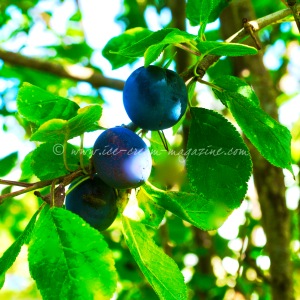 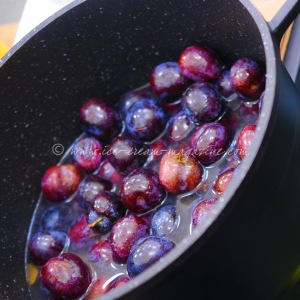 Should you too happen to find yourself less than a respectable amount of stoned fruits, jam is usually the default.  My freezers are already groaning under the weight of fruit this year. Preserves (chutney or jam for gifts) my go-to rather than waste. 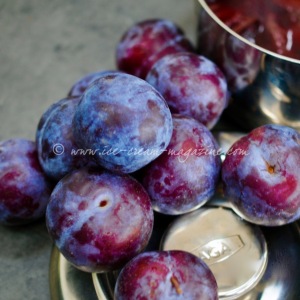 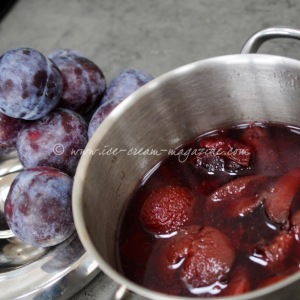 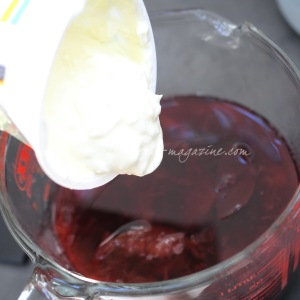 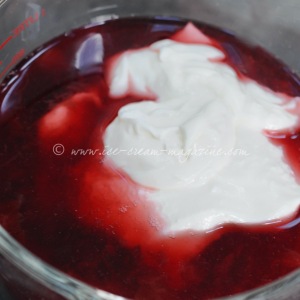 Since she’s taken this hell of a pasting her providence gets a well deserved kick up the metaphoric ladder if you follow my drift.  The ‘odd bod’ remaining few plums left to soften and meld in some sugar on the Aga whilst a raid on the fridge found some zero fat, greek yoghurt. This placate a weird, time short whim rather than a spark of creativity.

Prepared to sacrifice some of last years sloe gin (it seemed rude not to since dear old Prunella remains less glamorous but oh so generous).

Some one (Tea Boy) mentioned that I never use said ice cream machine anymore, mostly because not every one has one and faff free does it for me! So I made a batch with and another without the pre-hysteric ice cream machine and both ways work a treat. 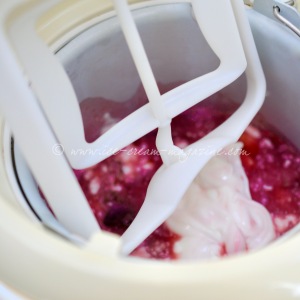 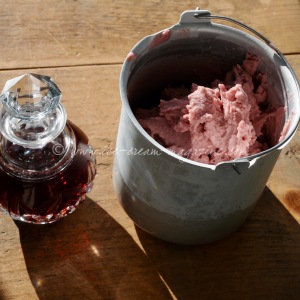 The gin stops it setting like a brick so a small slug rather than a mega slosh being the accurate measurement. Equal measures-ish of fruit/syrup to zero fat, thick, greek yoghurt . Sweeten the fruit to suit your needs and theirs respectively. Combine and freeze. 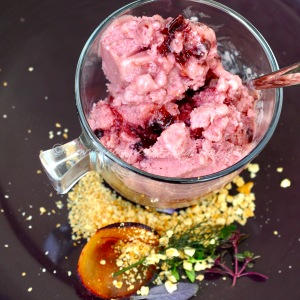 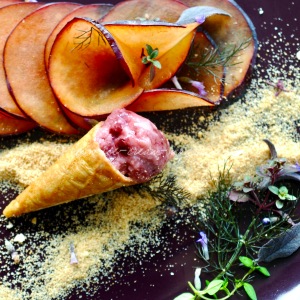 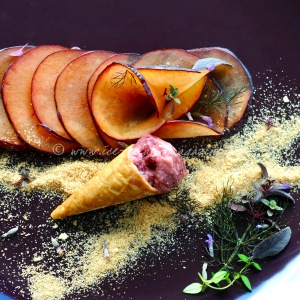 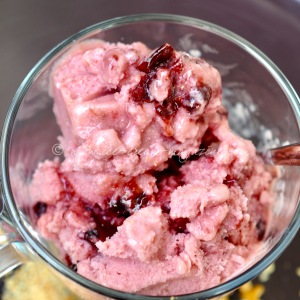 Extremely tasty, feels a bit naughty, (hic, no not that naughty) wonderfully refreshing and (quivers before committing) vaguely healthy particularly if served on ticker bells frizby or in a pixie sized cone?

4 thoughts on “Plum and sloe gin unite in frozen yoghurt”