You must remember this,

a kiss is still a kiss

pie is just a pie,

Straight too each thigh….?

From a purely architectural viewpoint a decent wedge of pie with its moon glow apple is, to my mind, a thing of great beauty. Once white and crisp, becoming soft, sweet and generous from being richly encased in warm, buttery, golden pastry. An apple pie takes ones figurative biscuit. 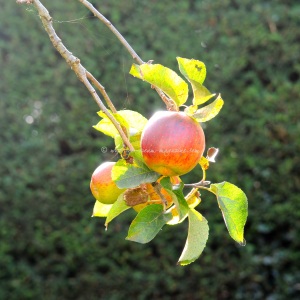 I find, however ham-fisted-and-cobbled-together a home-made apple pie is a ponderous and wondrous thing. Bore within its chamber filled with, spiced or fragrant vanilla apple, sharp-sweet layers, soft-firmer slices engulfed in pastry, serve warm to cherished friends, accompanied by a cheeky glass of musty Muscat or with coffee, calvados and gossip for after-dinner perfection particularly as our wet and windy Autumn sets in her roots. 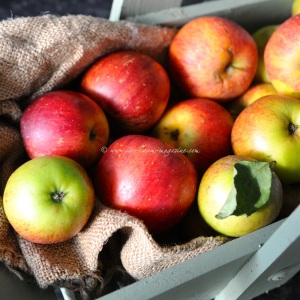 This post was notioned by a table of outré women taking luncheon in a Michelin starred restaurant, they were likely in their late 50’s. Clad in various animal prints, the vista resembled a Serengeti watering hole, yet their ‘faux prey of the day’ was the pudding menu. Real acrylic talons at dawn stuff. They discussed the abundance of chocolate which was frowned upon, or as much as one can frown with a frozen botox face and parmesan grater cheekbones. Their masque skins tones varying from bottled alabaster to drinking chocolate spray tan. Their collective display of fake eyelashes, bounteous wobbly cleavage and commentary about the derrière of the sommelier couldn’t be unnoticed by fellow diners and indeed the good-humoured, utterly professional (yet wincing) sommelier. The wine flowed and their inhibitions were seemingly washed away in their Cougar land.

“Autumn is the season of plenty” was read aloud from the menu, which became lewdly discussed and loudly voiced by the one who apparently “wasn’t getting any!” This was met with raucous laughter and below the belt rhetoric. They fox trotted on platform shoes, supporting one another, as they embarked on their incredible quests too and fro from the ladies room. One pair of shoes in particular ‘stood out’, I mentally named her “perplexed in perspex”, she would have made many a pole dancer envious.  During one such trip saw much nodding to the staff whence upon they returned an enormous apple pie was brought forth by the Maitre d’. It could hardly be seen from beneath a shower of sparks from candles and sparklers.  Just as swiftly the room seemed full of squeaky cellophane wrapped bouquets, garish balloons and frippery. The leader of the pack (Cheetah garb) had requested, ‘posh and low key?’ for her birthday lunch, as they sang with much gusto but as if having inhaled helium. “I said no fuss!” The gaggle of gigglers hadn’t ordered a cake as promised, but they had ordered a huge, huge apple pie, presented with ‘jugs’ full of steaming custard and an ice bowl containing scoops of ice cream which was placed on the table with the compliments of the chef. After the statutory kerfuffle and a speech worthy of an Oscar acceptance, the magnetism of love they shared for one another, together with the fragrance of the warm pie luxed the room, as did their resplendent laughter.

The open fluted tart above is simply the broken bits from my corer and peeler, loaded into a bit of home-made pastry kept in the freezer. Swiftly rolled, and tucked into the same fluted tart pan below, then dotted with calvados butter, and trounced in golden caster sugar.  Hardly rocket science?

Just how many times can you turn an apple pie on its head? Open, covered, twisted lattice, galette, tatin, proper pie, tart, small, large, long, fat, puff, sweet, cheese pastry, bite size, Filo, deep-fried, party size, spicy, saucy, plate, plain and simple, fragrant or combined with berries or dried fruits what ever befits the contents of your cupboards, mindset and season, it seems everyone has their own favourite.  There are infinitesimal variations on the theme and then there’s the options of what is served with said pie? Custard, ice cream, cream, clotted, single double, more pie and all of the above? 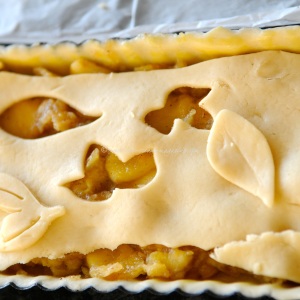 The apples used and spice-infused into the Casablanca provide a soft background note of Moroccan flavour without a hint of ‘cough medicine’. Sliced apple softened on a very low heat almost melted into some golden caster sugar, but with the addition of a very decent teaspoon of vanilla paste, and about a teaspoon of each sumac, ground ginger, nutmeg, ground cardamom, orange flower water, and all spice. No cinnamon, star anis. clove etc.  We’re not there yet! 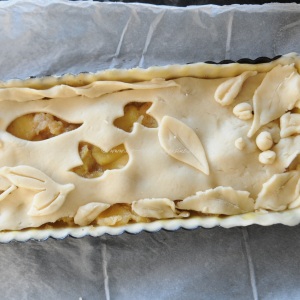 Our little orchard is now kennelling up for her winter rest and I made a pies shown with some of her fruits. They are not overly glamorous, falling into the category of “more the ham-fisted-or-cobbled-together” as I didn’t have time, or inclination in this instance, to make pastry.  So it’s store-bought, sweet, short crust. 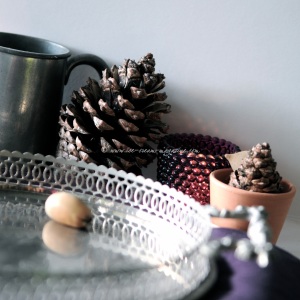 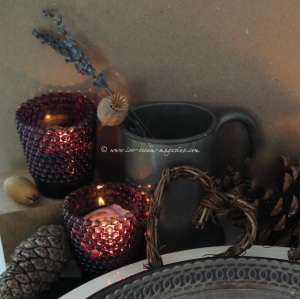 The ice cream, of course there’s an ice cream!  No cook vanilla with the addition of comparable spices to compliment the pie.  Lightly, and briefly, toast the spices in a dry pan as the warmth will encourage the release of their oils. Transfer to a pestle and mortar then mix and grind into a paste in with the vanilla paste and orange flower water. The spice, sweet and floral flavours love to party together so let them have a how-de-do and then lob them into the ice cream mix and thoroughly stir to combine with the tiniest flay of salt. Freeze in a machine or use the old scratch and scrape method using a suitable freezer proof vessel, turning the forming crystals into the middle of the mixture every hour or so until its set. This way it won’t become a rigid mass. Another option is to set as ice cubes and then whizz in a food processor. The flavour is utterly scrummy yummy and yes it is suitable for the forthcoming  …. Oh No not the Yo or Ho yet pretty please?

Thusly, a couple of Cheetahs, cheaters cheats for your kind consideration. Spice cream is nice cream as it becomes ice cream.

Full to ‘pussies bow’ but all in apple pie order and yes it really was as simple as pie.