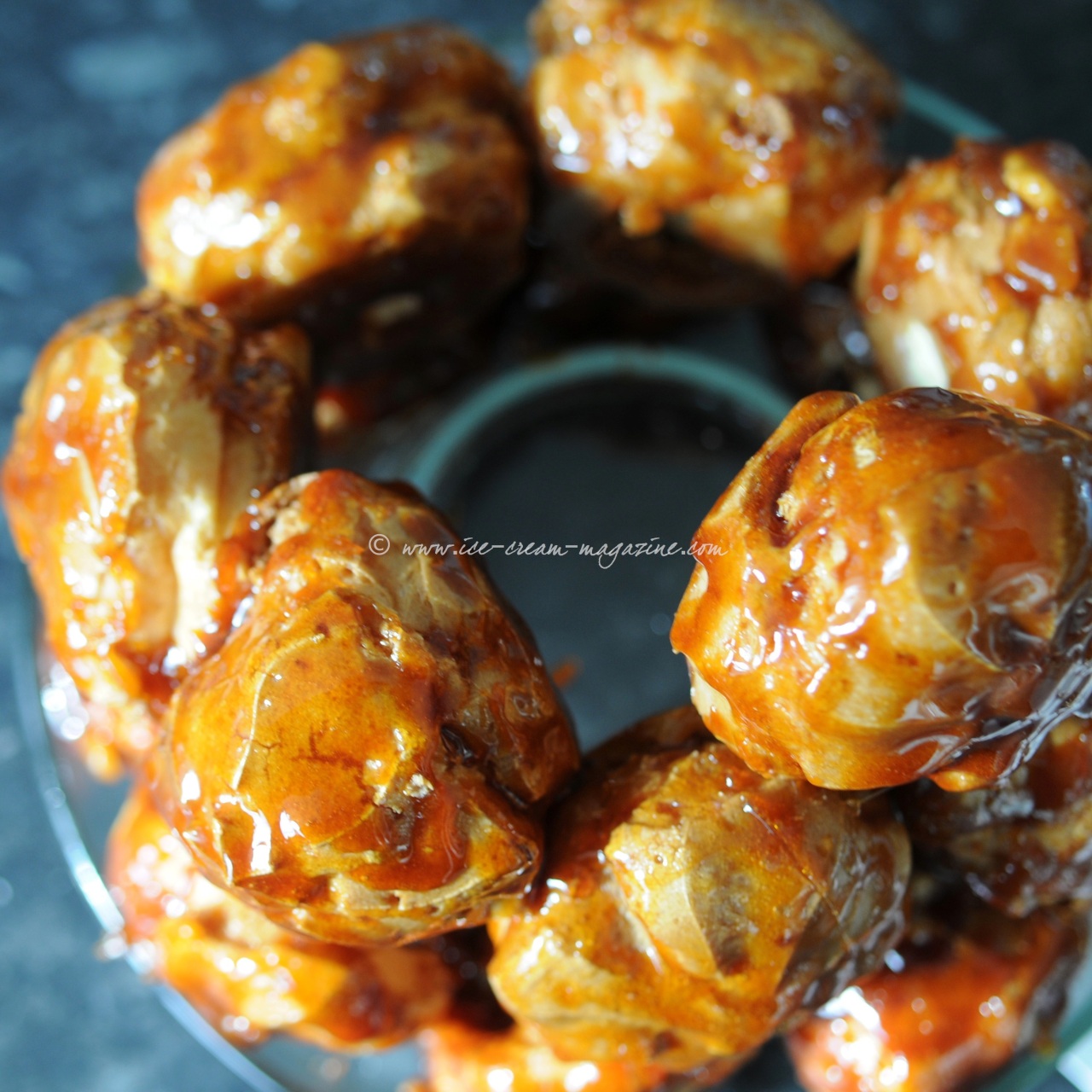 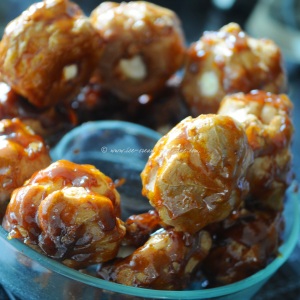 Ones exasperatingly slap-dash attitude toward Easter and the obfuscating pantomime of blog, led me to self convince I was up for a bit of mass-produced mediocrity this bank holiday. It offered the luxurious prospect and delusion of time wealth. Oh no you’re not, oh yes I …..  Was until I saw what was on offer in the ‘dullesphere’ of the supermarkets. Bamboozled, on Easter Saturday night there was a need for a super pud, toot suite, maybe more sweet than toot.  Ones babies expecting great things from the Easter Bunny, not good as this Mummy has had man flu! So a quick and easy fix was much in order. 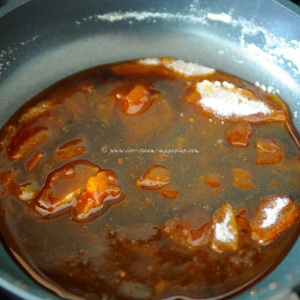 Freezer raid completed, an erstwhile batch of profiterole were (whilst still dry and frozen) dipped into a bubbly batch of dark caramel and flourished to the style of tortoise meets Croquembouche. A variable mismatch of shapes included store-bought and hand mustered (the later filled with ameretto cream) profiteroles cobbled together with a caramel toffee mortar. I had the sense to spray oil the base of the forme, nice change eh? Realising that the caramel will not stay chipper and crisp sought a brown paper take away bag from 2005. This may detract some of the moisture, thought I.  I know 2005 as the gratuity mint and receipt were still in the bag. Note to self: more ‘take outs’ maybe?

On Bunny Sunday the slightly tacky, caramel, faux tortoiseshell, cunningly designed and emboldened to encase a tub of store-bought, (thoroughly disappointing) lime and coconut ice cream turned out to be a win.  Though once doused in icing sugar and garnered with a few little eggs it was whizzed away by a couple of giggling twenty something’s never to be photographed or seen again. I could not pretty or photograph it further, as it disappeared like a rabbit down a hole without anyone noticing it’s less than chic appearance. 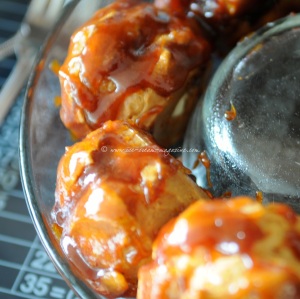 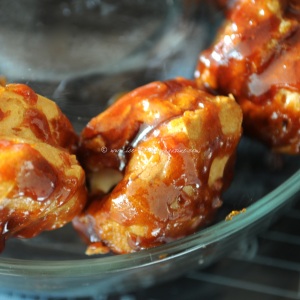 Ones lackadaisical attitude still in tact until yesterday when the Tea-boy returned from his haven (I call it a shed, it’s more of a barn) grumbling and mythering something about klaxons, beeping alarms and someone not closing the tall freezer door properly again. The impetus to check the situation now overrode ones lack-lustre of self.   Let’s just say it’s as well it was bin collection today. Everyone say “Dopey old bat”! 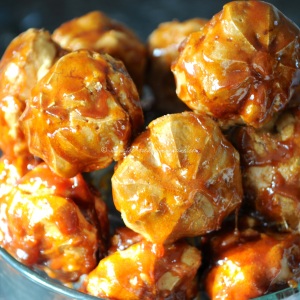 Make or buy your profiteroles, the caramel is just white caster sugar melted to molten amber. Each puff dipped into the caramel, using two forks, place to form the shape and thereafter drizzle the remainder over to secure the weld and not waste any remaining caramel.  Bought or home-made ice cream can make the whole thing a fabrication rather than toil, just remember to oil the forme and be careful rather than blazé with the boiling caramel.
Place a tub of ice cream as a sandcastle, lift and place profiterole casement, doff with sugar and watch it disappear. Im sure you get the gist.

What have we learned:-

Paying keen and appropriate attention to closing the freezer door is beneficial.
The Easter Bunny lives to fight another day.
A mock tortoise”Cloche-em-bouché” is remarkably doable as an ice cream house / bungalow.
Our finished pud is hardly a “piêce montée” by Carême and could be considered a more bosomy version of the iconic Madonna pointy bra shape.
This “Cloche-em-bouché” was a very good thing indeed, particularly based on the Oh Wow and subsequent shrieks of delight once they realised it was an ice cream housing.
Meagre endeavours may have pulled the proverbial Bunny out of the figurative hat.  Phew. 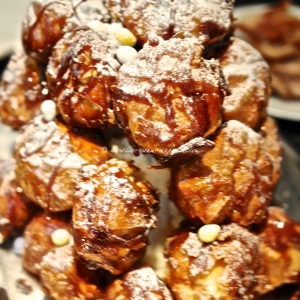 The freezer is however a blank canvas screaming “fill me”! So the promised bon-bons will swiftly follow and the last of the (snuck by the flu jab) flu flown out of the window. Yay!
x