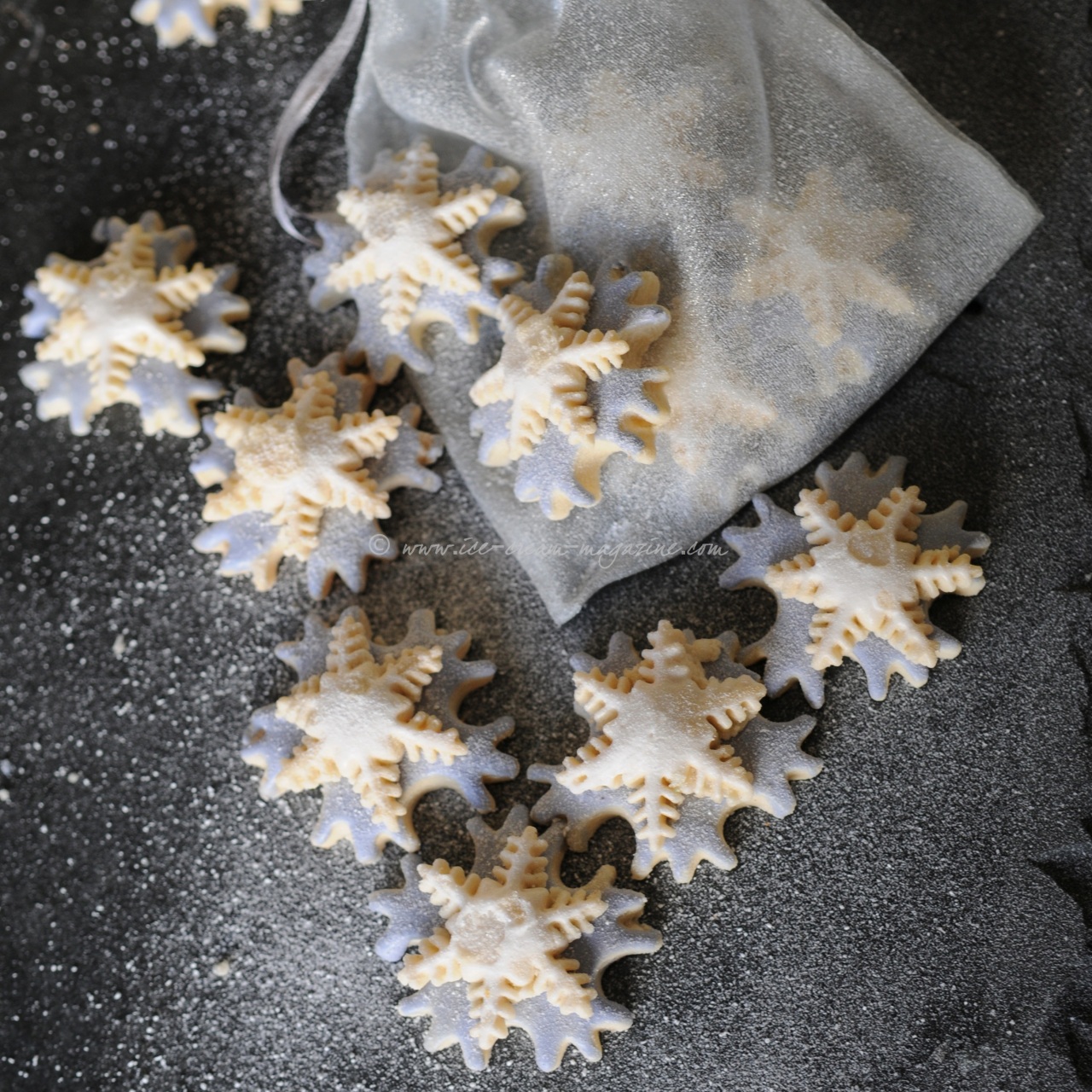 It is with much delight, that I look down at the untidy bundle of ribbons and hand stamped brown paper which currently swaddles the sweetest little British blue kitten from whom ensues a comforting V8 engine purr and provides the writer with an inordinate amount of joie de vivre.
The ice creams of Christmas just past, will become the ice cream posts of Christmas future,  a respectable array of frozen loveliness including chocolate marzipan nibbles called frost or stöllen, brought certain jollity.
The sweet end of Christmas is nothing if not a festival of naughty nuts, over used spices, dried fruits and icing sugar. A few minutes sit-down with a cup of tea and sugar-and spice-laden croustillante can be positively restoring, even quietly licentious if dunked into ice cream. Amid the hubbub of yule-un-tidiness, no amount of artistic licence will permission the addition of pre-christmas posts, post Christmas, so the retrospective will be in a better state of preparedness for next Christmas but this year we swapped eggy nog for fluffy snogs.

“Invest in Turkey” headlines a section in Sundays Telegraph broadsheet. I found, after further investigation, it was not seasonal fayre but for seasoned investors, why my compulsion to over phaph? The twiddling and tweaking swiftly sorted, the hod carrying of sweet and savoury dishes (it’s only crackers and a roast after all) but I so lust after all the dross and gloss, for my nearest and dearest, Christmas here as you can see below was a ‘gloves off’ affair.  To answer a readers mail I cooked:-

And on and on it went

Leaving a trail of chocolate bars for our lovely house keeper, two large ribboned boxes of paracetamol with gift cards ‘for your hangover’ subtly popped  into the back of the van of retained gardeners.  There were tins of humbug a plenty for the Bah tea boy.  For me it’s always about little things.
I’m the bouncy Botticelli babe that loves all the mixed metaphor schmoozing at Christmas, whilst not particularly religious, here its a time of kind hearts, goodwill, thoughtful gestures that have particular meaning. Home made and daft traditions are often key, for us it’s happiness to the family cause all wrapping paper to be thrown on the floor and not touched until boxing day?
When two hardworking kids battle the ghastly weather and the most dire elements, harridans, the less gracious and the poorly behaved, to arrive earlier than anticipated. We found ourselves extraordinarily gifted as our festivities began a tad earlier than anticipated. This simple act of giving is called ‘effort‘ rarely acknowledged but it means so much.
So if you have endeavoured to pull out all the stops for your winter festivities however grand or meagre. Im the one standing on a chair, double arms waving and singing your praises albeit from a distance. xxx
10 days ago we acquired the featured small, grey, purrfecly formed one. A secret Santa surprise for the above mentioned. Super cute with impeccable manners, already a character with an engaging personality. He will soon shed his scatty kittendome and morph into family moggie mode. It is likely he was a Japanese Zen Gardener in another life, sculpting in cat littler is very much his thing.
So I thought we would end the year with a sing song? – Yes, that includes you lurking in the back!

Raindrops on roses. Whiskers on kittens
Fabulous veggies and idiot mittens
Glittering packages tied up with bling
These were a few of my favorite things 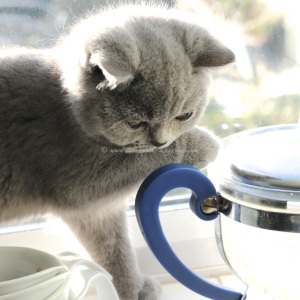 Cream coloured platters and crisp folded napkins,
Giggles, and crackers and every one knackered
The way that the robin remembered to sing
These were a few of my happiest things. 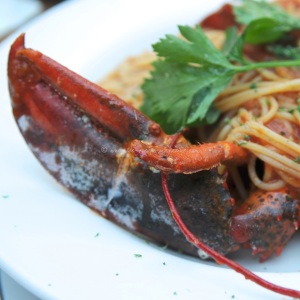 Sprouts in three colours, terrine made from stuffing
Carrots and lemons and blueberry farrines
Seafood on Tuesday, and lobsters are king
These too were a few of my favorite things

Iced Christmas biscuits and mistletoe kisses
Coconut Madeleine’s, avoiding near missed
Snow balls from hell, and rice pudding ice cream
These are a few if my fattening things

Christmas is over the new year is coming
The prezzies, the company, really quite stunning
Our new little kitten that makes our hearts sing
These are a few of my favorite things.
When I post this, I must post this? If not I’ll feel bad,
I just really wanted to thank one and all,  as deep down inside I’m … daft!  …. and you expected a rhyme!

We will be primped, preened, fluffed and puffed shortly after I make this post. We are off to a bit of a ‘do’ later but I am compelled to thank each and every one of you for the pleasure of your company (many since April of 2013) for which I am extremely grateful and just wanted to wish you a fab 2014.