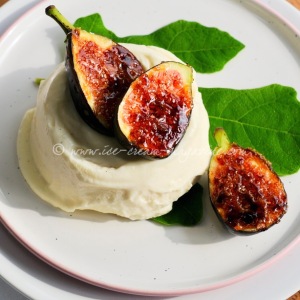 Summer is in full swing, mezze styled alfresco dining mostly for two. In 30° heat beneath our rose arbour being currently vogue. Its dappled shade doubles as my out door study. The tea boy arrives with a chilled glass of pink to chink and chat. Time to clock off for the day as a couple of friends were on their way over with supper, I became pudding monitor. 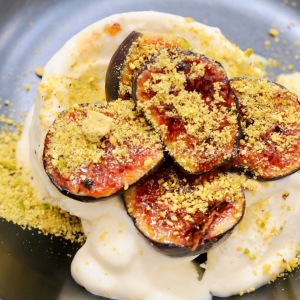 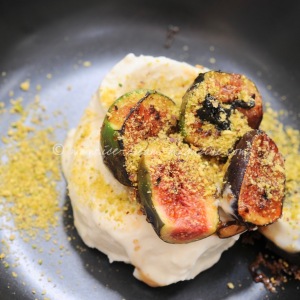 Shh… they stayed over so it was ice cream for breakfast too!

The quiet atmosphere, warmth of the sun and a gentile breeze brought much solace, nattering, and joy.  Whilst duly permitted to rip off our masks the untimely invasion of trippers locally known as Grockles in Devon, Emmets (ants) when they get to Cornwall. We are advised that an unprecedented summer’ on the UK’s roads with 16m staycations planned. We remain and recoil further into our quiet patches of privacy. 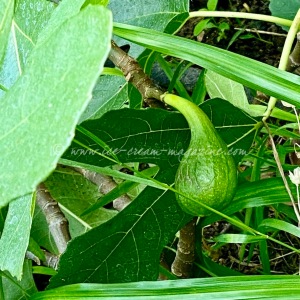 A potted fig tree that had basked on the terrace for a couple of years, was outgrowing its terracotta pot hence now resides in the earth next to the arbour.  After being planted out she initially looked, abandoned,  bedraggled, some what stranded and wan. Given a little peace, sun and solitude her roots now firmly under the table. 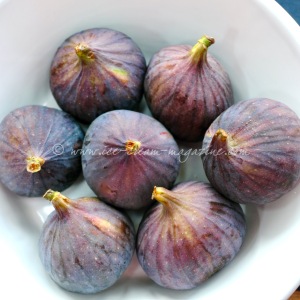 Her subtle fragrance, gently sweet, reminiscent of warm sunny holidays, it occurred that I haven’t cooked with fragrant fig leaves for years. That’s with not in (as in wearing). In fact she’ll have to get a wiggle on to produce enough leaves to cover my carcass! I digress by way of a change.

Infusion normally steeped in a milk, fast track…  infused with the aid of a microwave. Zap on low, in half and half sugar to water solution to make a small amount of wonderfully fragranced stock syrup roughly 3-4 small leaves for 2 minutes and then left to cool. Job done.

As ever, use up time!  250g ish ricotta, 250g ish of mascarpone, 500ml whipping cream, a can of condensed milk. couple of tablespoons of the infused syrup and gollop of pure vanilla essence.

Whip, whizz, set as desired. Couple of take away tubs from the kids and a cake tin (sprayed with coconut oil) seemed like a pre portioned plan.

To brûlée the figs simply cut them in half, face plant them into demerara sugar and blow torch or grill to suit. Suggest: should be an absolute must on your to do list. 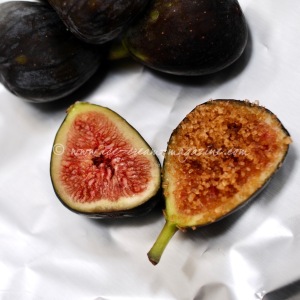 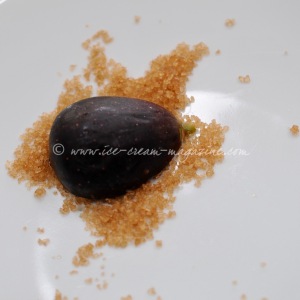 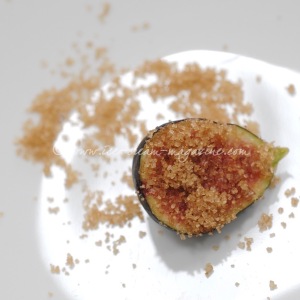 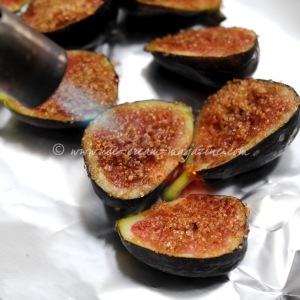 On the subject of fig leaves… a few days earlier I’d received a missive from a High Court Judge chum, as charming as he is well to do. His rye, dry humour unwavering.  During a quiet moment of reflection at their Sunday Church service, a young, sparky four year old member of the family, (with no off button) regaled the congregation with “Gods not very clever. If he’d have just let Adam and Eve take off their fig leaves, ‘they’ could have had a baby, ‘they’ could have called ‘him’ Jesus and ‘we’ wouldn’t have to do this stuff every weekend!”

Serve with a glass of Pedro Ximenez –  ’tis a sunny holiday on a plate.