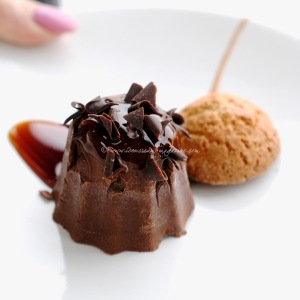 We have for your delectation an unrepentant thriller in the chiller dept.

There are subplots, firstly a new lipstick confirms that I’m over it, back on it, sorted so no need for concern. Fundamentally life’s fulcrum, the golden ratio, Venn diagrams and waft of Confucius “I was complaining that I had no shoes till I met a man who had no feet“. Particularly poignant when I hear of a dear chum, and kindly Canadian follower who is recently diagnosed with a ghastliness. So this is for you x 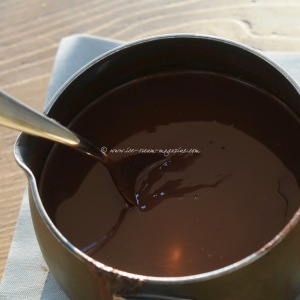 Some chocolate truffles (3 boxes to be precise) with no mention of exactly who or why they were left next to the radiator in the boot room will be expressed. The customary “Well it wasn’t me!” notwithstanding. They (now a lump known as humph3) seemingly too good to jettison. (If nothing else a very decent chocolate fondu, comes to mind and I find myself nodding as I type). Umm… Pret-a-hot-choc?

It’s been a dull, grey-toned, repetitious winter of little or no consequence until now. We currently have code red warnings and a 2 day lock-in snow event, (see dear little thrush in the snow above) and in other news ones ‘chops’ resemble an al dente waxed jacket (nothing worse than being upstaged by your coat is there)?

After the “not out finest Christmas” followed an equidistant “not our finest January”. The beloved tea boy made tracks to redress the balance and booked a lux suite in a trendy boutique hotel in Brighton, as a birthday treat for the writer.  Unbeknown to me he had bribed, coerced, suggested to a few chums, who jumped onto the bandwagon for said impromptu. His rouse being to buy me and I quote “A bit of ‘tom’ from down the lanes”.  (Tom foolery – jewelery). For those who are not acquainted The Lanes in Brighton UK they are quirkily comparable to Harry Potters Diagon Alley, but for magpies who love to get their twinkle on. 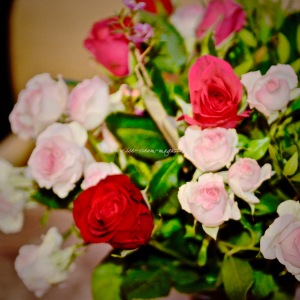 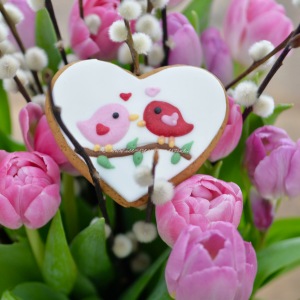 A spiffing time was had by all except his wallet. The rather laborious journey back to Devon saw me retire to my bed with N3N2 / ‘Aussi’ flu with a side order of bronchial pneumonia. So with coincidental equidistance… “not my finest February”. Mortified at missing the triple of pancake day, Valentine and Chinese New Year, (Yahtzee) nothing seismic, more temporary misfortune.

Our wordy journey through ailment alley, via diagon alley, ends forthwith.  We were squirreled beneath our toasty warm duvet having yet another round of that, hot topic discussion… “Whats that lurking in that old saucepan, abandoned to a fridge?” 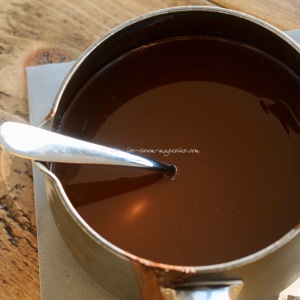 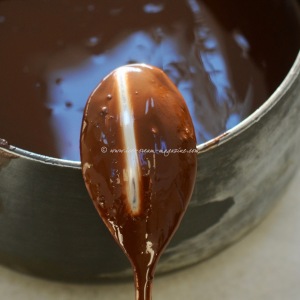 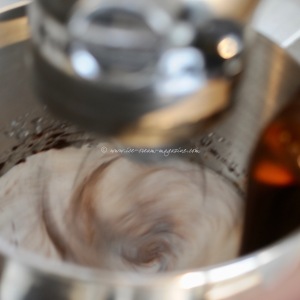 Once molten the cooling choccy goup was introduced to some liquid glucose (dessert spoon-ish) and a small pot of whipped cream. First lot I lobbed it in too quickly. (weak as a kitten but that now so last month!) The emulsion smoothed and soothed itself into the most unctuous molleux. I become emotionally withered when I saw how wondrously this has happened. (dear old truffle humph-free). 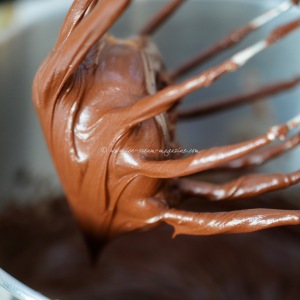 An executive decision was made to make individual portions rather than a terrine. Firstly I opened the drawer and the silicone Canelè forme was at the top and secondly this goup so addictively delicious it seemed appropriate to try not murder my immediates? A small amount of caramel was poured into the moulds to fill the well, and maybe some amaretto into others (rather too well)! 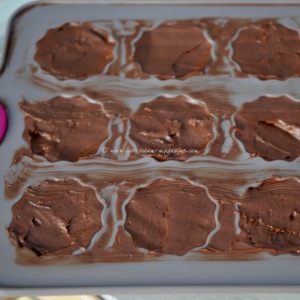 Cling wrapped, abandoned to the freezer, yay for truffle humph-wheee!

Obviously badly filled but out they popped smooth as silk. 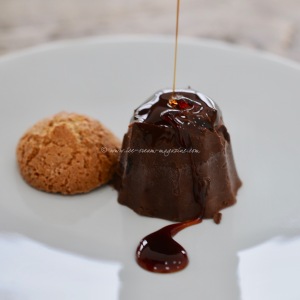 Truffle Humph3 could so easily have been a large bar of chocolate, or similar, but with a little patience, t.l.c, and good intention, (oh plus some glucose to stave rigidity and not forgetting the whipped cream) the big old softie is back up, centre stage and better than new.